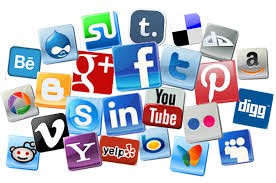 Since the end of the 20th century we have observed an unprecedented interest in History, as shown by the quantities of historical material published, its dissemination in books, in the traditional media and in the new digital media. The reasons behind this rise in the consumption and production of cultural items on the subject of history are as yet unclear, although it might be attributed to the need for knowledge about our immediate past, or the attention paid to anniversaries of events or tributes to important figures. It is evident that we are facing a considerable challenge: new models for transmitting the past, new meanings and new audiences.

Barbie Zellizer maintains the idea that in History too, the medium is the message (Explorations in Communication and History, 2009), which is to say that the characteristics of each medium determine the form in which history and memory are conveyed to us. And the complexity of this issue becomes apparent when we contemplate the world of digital publications, whether “cybermedia”, which use cyberspace for the dissemination of journalistic content, or the electronic communications media such as blogs, websites, forums, portals, and wikis - key elements for a more structured discourse on the web – or those known as social media.

Within this framework, our project has a dual objective. Firstly, we propose to analyse the presence and representation of History and Memory on the Internet over the last decade. This analysis is to include both the type of historical event addressed in digital format and also coverage, the interpretation given of such events and consequently the historical knowledge these generate in society; a society composed of new audiences which increasingly participate, collaborate and gain information through the Web and the participatory system with which the Web 2.0 was conceived. Secondly, we mean to examine which challenges historians face when they investigate in the digital environment – epistemological and ontological difficulties – as well as the opportunities offered by the digital dissemination of History and Memory. As these two aspects are fundamental components of any culture, it is a question of analyzing the radical changes which the ICT have generated in nowadays memory.